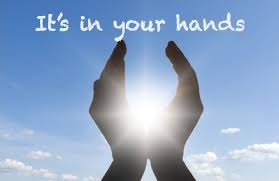 An ancient technique that’s been forgotten in most civilized cultures. It’s been used for at least 5000 years in China and many other places around the world. Some dentists in the western world are using it as a pain technique, but it can be used for other things as well, most importantly those pesky, shit limiting beliefs and thoughts and habits that hold us back from living the life of our dreams.

Temporal tapping is simple. It takes less than 5 minutes to do. You don’t have to get stressed looking for things to clear. And, it makes you feel good whilst you’re doing it. It’s very empowering. I’m going to give very clear steps below, but basically you are putting into a sentence a shitty belief or habit that you just don’t want anymore, and you say it as you tap around the ear.

How Does It Work?

Tapping around the temporal area makes you more receptive to suggestion. Self Suggestion (suggesting new ideas to yourself, obviously!) whilst tapping impacts our thinking, our behavior, our nervous systems, our energies and even the activities going on in our cells.  When you’re tapping around the temporal area making suggestions it inhibits all other incoming messages, so, being present and aware of your thoughts and words whilst doing this process will make the suggestions pierce into your psyche like an arrow.

This process, when implemented for at least 30 days changes habits, beliefs, patterns, behaviors and more at a deep level. And, it feels good whilst you’re doing it, cause it’s causing immediate shifts as well.

How do you do it?

So, because the left side of the brain is receptive to suggestions formed in the negative we’re going to start all suggestions with “I no longer” – that’s the ‘negative’ taken care of. Now all you need to do is decide what it is that you no longer want.

It’s important to choose words that feel right to you. Play with it

Here’s how to do it step by step –

I’m going to use the belief “I’m not good enough” because that’s the most common negative belief. We’re also going to use I, she/he, you, me (your name) and we, as you’ll see below. 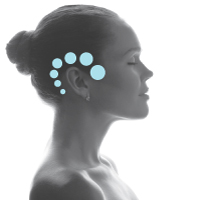 1) Starting on the left side tap around the left ear. Start on the temple and tap up and around the back of the ear, on the skull, until you get to underneath your ear lobe. Keep repeating the tapping as you say these words –

Take a deep breath and breeeath out.

It doesn’t even take 5 minutes to do. By doing this you are firing new beliefs into your system. If you do this on a consistent basis for at least 30 days you will be positively, physically rewiring your neural pathways. Do it as many times a day as you can. Once is good but more is better. You’ll learn the process dead quick and once you’ve got it you’ll be able to do it anywhere at any time. I recommend 90 days (I’m doing lots of 90 day challenges at the moment) And remember that nothing changes unless we are willing to change. These small action steps make a hell of a difference. Do you want the same shitty stuff to be guiding your life? Or, would you prefer to choose and imprint and move in the direction of what you do want? 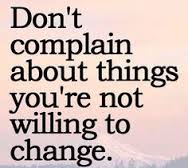 Here’s a dude doing it –