Obviously, receiving any kind of cancer diagnosis is a very frightening experience. However, the power and motivation to get well that was inspired by the fear of cancer booted me into a focused frenzy of researching natural ways of healing from it.

Whereas before I hadn’t really spent any time with anyone who had recovered and healed themselves from cancer naturally, all of a sudden healthy cancer survivors started to appear in my life.

People began asking me if I had heard about the amazing healing properties of Vitamin B17, also known as Amygdalin, or, Laetrile. I hadn’t.

I went on a hunt and started discovering some fascinating facts about Vitamin B17. 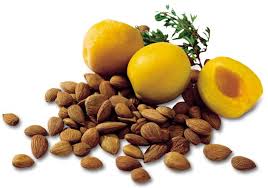 Because all the information about B17 can be found in the movie above (and at http://worldwithoutcancer.org.uk/ ) I am only going to capture in a nutshell some core facts about B17 and it’s history here, just enough to entice you into watching and/or passing this film on. 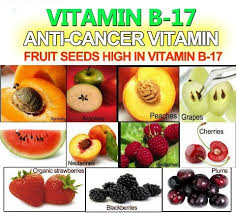 The purpose of this film ‘A World Without Cancer – The History of Vitamin B17’ is to show that there is existing scientific knowledge that proves that cancer can be stopped.  There is evidence showing that cancer is a nutritional-deficiency disease caused by the absence of a Vitamin B17 in modern mans diet.

If this analysis is true and correct, then the treatment and prevention of cancer can be made simple. All that needs to be done is to reintroduce vitamin B17 back in to our daily meals.

B17 is found in bitter apricot kernels, many fruit seeds (remember, the apple seeds we were told not to eat as kids, because they’re poisonous, yeah right) and many other foods – http://www.vitaminb17.org/foods.htm

There is a ‘poison’ locked into the molecular structure of B17 – cyanide. However, that cyanide molecule is ONLY harmful to cancer cells, not any other cells of the body.

Many people are using Vitamin B17 to heal themselves from cancer, there’s loads of stories out there, and I’m one of them.

Watch this movie and find out more about the fascinating and powerful properties of Vitamin B17.

Great connecting with you x If you would like to know how to leverage the internet so you can make money in your sleep, like me, follow this link

For more information about the  properties of Vitamin B17 visit – http://worldwithoutcancer.org.uk/

2 Replies to “‘A World Without Cancer – The Story of Vitamin B17’ – WATCH FREE MOVIE HERE!”